What is a Bug in Software?

What is a Bug in Software?

Hygger > Blog > What is a Bug in Software? 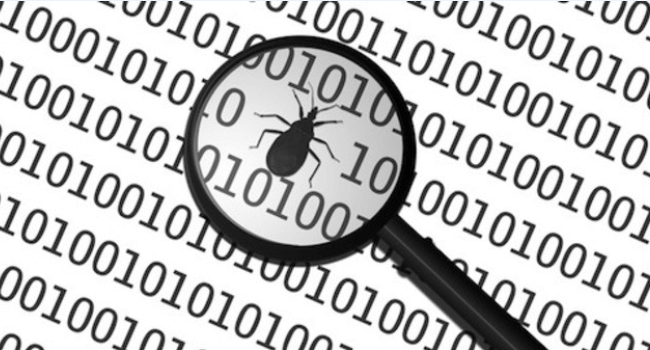 Software development is probably the most progressing sphere of modern business. Almost every modern family has a computer or other household appliances that are based on the use of certain software. TV-sets, wash machines, kitchen machines, this list can go on forever. Such a wide use of various programmed devices requires a fast development of the software industry. But what are the main problems of modern software development?

The developers from various countries and parts of the world face them every day. We will not describe all these problems. This article is dedicated just to one of them. However, it is probably the largest problem of all software development teams and companies all over the world.

Of course, we talk about bugs. This article was written to tell you what software bugs actually are, and how to handle them.

If we talk about bugs, also referred to as defects, the first thing we should do is to realize where they come from. If you have a broad experience in software development, you probably have no doubt that your team is the main source of bugs. Some people may think that a team that cannot avoid bugs is a bad or inexperienced team. However, that is not true.

We have already mentioned that software development is a complex sphere. Most programmers are placed into strict time frames when they work on a certain project. They must write large amounts of code within short amounts of time. It is not a simple task. And it is almost impossible to perform it without any mistakes. That is the main reason for bugs in the initial code.

Bugs can occur at all stages of the project’s performance. They are usually detected during the testing process. That may cause some problems. In most cases the product is tested at the final stage of work. If the bug occurred at the beginning of project performance and was detected only at the end of it, the developers often have to rewrite the entire code. That is because of the fact that a large part of the project’s code is based on the element that contains a bug.

What is the difference between the bug and the defect?

There is no difference. These two words have the same meaning. In the software development industry both of them are used to define the same phenomenon.

What is a software defect?

This question wasn’t initially meant to appear at the beginning of our article because it was necessary to understand the nature of bugs before finding the definition for them. But now, as you know how they originate, you probably can find the definition for a defect by yourself. Nevertheless, we will place it here, so you can compare it to your opinion on the issue.

A bug (or a defect) is a mistake in the initial code. No more and no less. At this point, some of our readers may ask themselves: “So why should we pay such a great attention to bugs?” The answer is simple and complex at the same time. We can view the issue of bugs from two main points.

The point of view of a typical software developer says that bugs can impact the final product and make it work improperly. For a software developer, it means that he will probably run the project from the very beginning if the customer gets an unsuitable software solution. That means that the team of developers will waste time instead of performing other important projects.

As we know, time is money. That is why there is no need to deliver software that contains bugs to the customer. It means that it is better for software developers to fix all defects at the stage of testing than to rewrite the whole product’s code.

The other point of view on the issue of bugs is the customer’s position. The customer is always interested in getting a high-quality product within the shortest amount of time. If the final product contains lots of bugs, the customer can hardly sell it to the users. And if the users buy this product, they are disappointed with its quality. For the customer, it means lower sales income, and for the software development company – its reputation will be destroyed.

Hence, no one of the project’s stakeholders is interested in bugs. It means that they must avoid bugs in the final product. The developed software must contain as few bugs as it is possible. You will probably ask: “How to achieve this goal?” The process of bug management is the answer to it. It is probably one of the hardest issues in software development.

The process of bug tracking (or bug management) is usually conducted at the stage of product testing. It is aimed at detecting bugs and fixing them. It may sound quite simple.

However, bug management is a complex process that includes four stages: