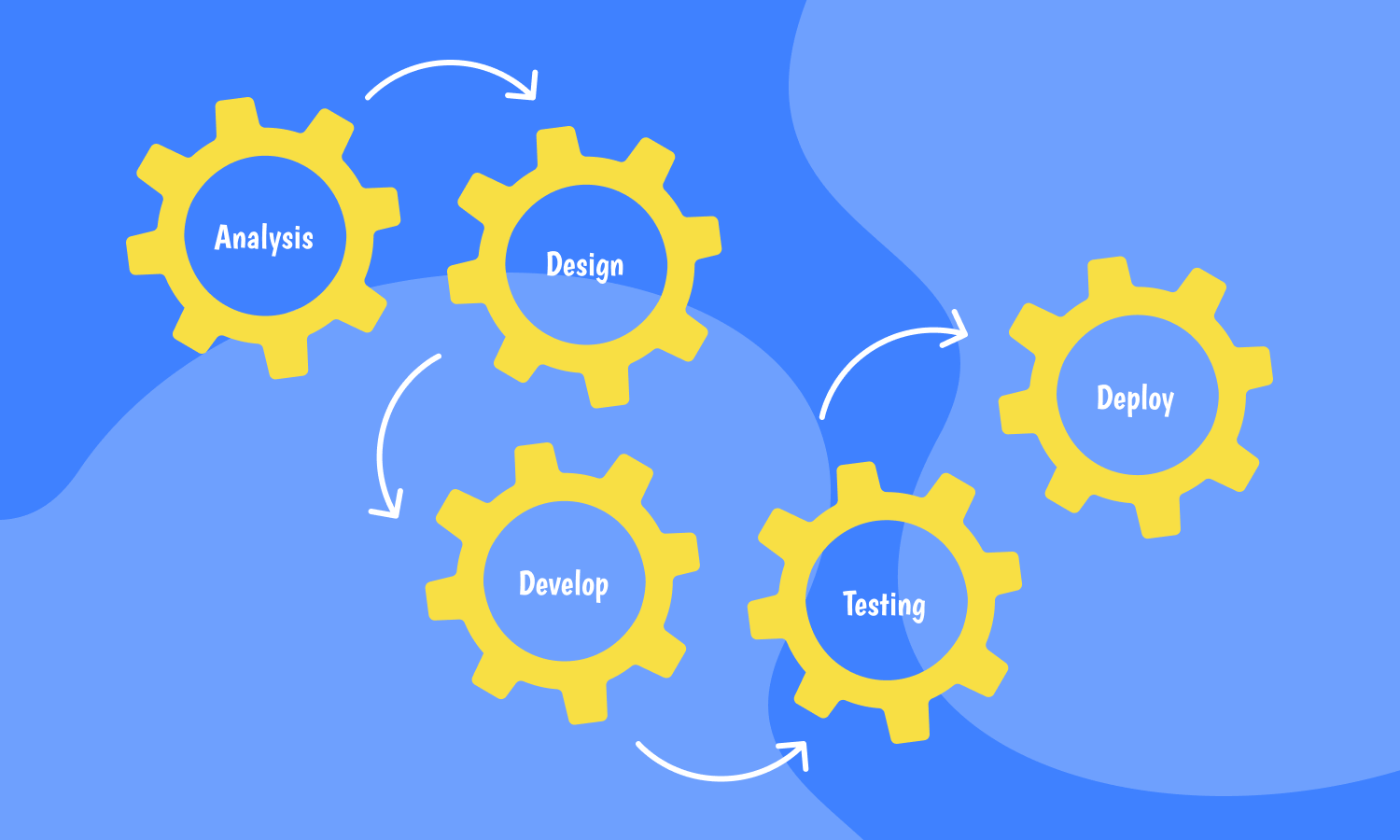 As we have already mentioned, Waterfall is often called the traditional method of software development. That is because of the fact that it originated with the industry of software development itself. The main feature of Waterfall is its sequential structure. Every Waterfall project has a number of stages that should be performed one after another. These stages are always the same. If the team had already finished one stage and began to work on another, it cannot return to the previous stage and fix something in it. That is probably the largest disadvantage of Waterfall methodology.

What is a Waterfall life cycle?

A life cycle in Waterfall can be defined as the amount of all stages of project realization. A typical Waterfall project has 5 sequential stages. Let’s look at them in greater detail.

At this stage of work the team conducts a meeting with the customer and discusses all his requirements to the final product. Waterfall methodology is based on strict documentation, so all client’s demands are written down. Waterfall teams do not contact the customer during the period of project realization, so the next meeting is conducted after the final product is ready.

At this stage the developers should design the architecture of the future software. Unlike other software development methodologies, in Waterfall this process has a great significance for the future work. That is because of the fact that Waterfall teams do not change the plans of their projects during their realization. Hence, the architecture of the future software product is documented and the team is ready to next stages of the life cycle.

This is the stage of code creation. It is the main stage of every software development project. For Waterfall projects it is extremely important because of the inability to return to the previous stages if something went wrong. That is why Waterfall developers should work hard to avoid bugs and other issues in the software product’s code.

This is the stage of product testing. The testing life cycle in Waterfall is what we call an example of product testing in software development. The code, developed at the previous stage of work is tested. After that the defects are fixed and it is tested one more time. If the code contains defects that cannot be fixed immediately, the developers should run their project from the very beginning.

This is the last stage of the Waterfall life cycle. It begins when the product is delivered to the customer. The developers continue to maintain its normal work.