The Difference Between Waterfall and Kanban 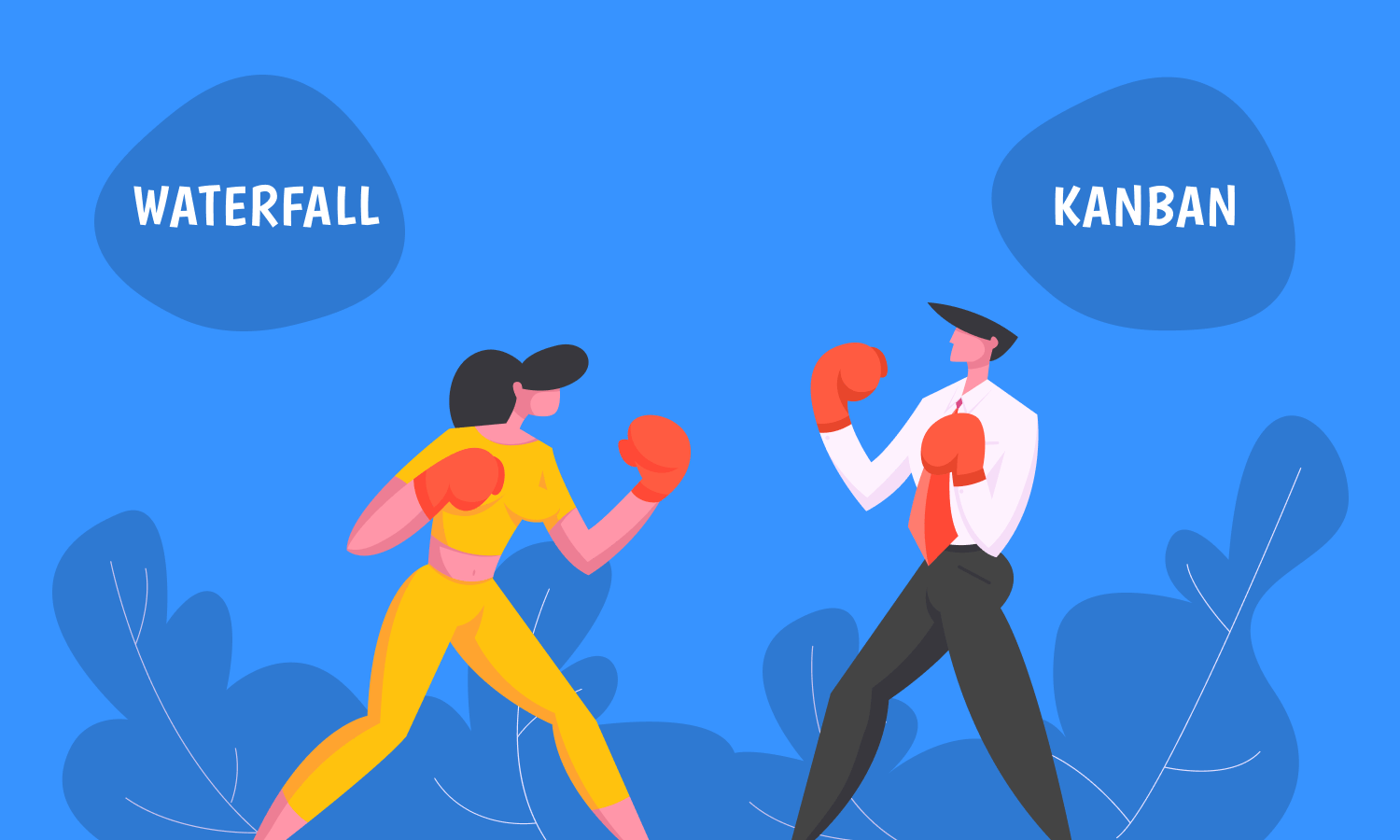 Contents hide
In Kanban WIP is usually limited by limiting the amount of tasks performed at the same time.
Kanban vs Waterfall

Waterfall teams do not involve their clients into the process of project realization. Usually they conduct only two meetings with their customers during each project. The first meeting is required to set the goals of the project, and the second – to deliver the final product. Low customer involvement often leads to problems with acceptance of software products created by Waterfall teams.

All activities of Waterfall developers are based on project documentation. Its formulation begins at the first meeting with the customer and continues at the stage of design. Strong documentation helps Waterfall teams perform the initial tasks of their projects strictly.

Kanban is a popular Agile software development methodology. Initially it was a method of manufacturing aimed at delivering the largest amounts of production within the shortest amounts of time. Kanban originated in 1940s in Japan. Later the methodology was applied to software development. Consideration of the customer’s demands, visualization of workflow, and limitation of work in progress are the main principles of Kanban.

Kanban teams involve the customer into the process of project realization to make it more effective. Usually they have a representative of the client in each team. Such representatives are called Product Owners.

Kanban teams visualize their workflow by using Kanban boards. These physical or digital devices are actually tables. Their columns depict stages of work. The tasks are placed on Kanban boards in accordance with the stage of their performance.

In Kanban WIP is usually limited by limiting the amount of tasks performed at the same time.

As you can see, there are lots of differences between Kanban and Waterfall. Both methodologies are aimed at creating high quality software; however, their principles are totally different. It is hard to say which methodology is better. Most developers agree that you should choose the one that fully meets the requirements of your projects.