The Zen of Problem-Solving: 3 Tips to Overcome Your Business Challenges | Hygger.io

The Zen of Problem-Solving: 3 Tips to Overcome Your Business Challenges

Hygger > Blog > The Zen of Problem-Solving: 3 Tips to Overcome Your Business Challenges 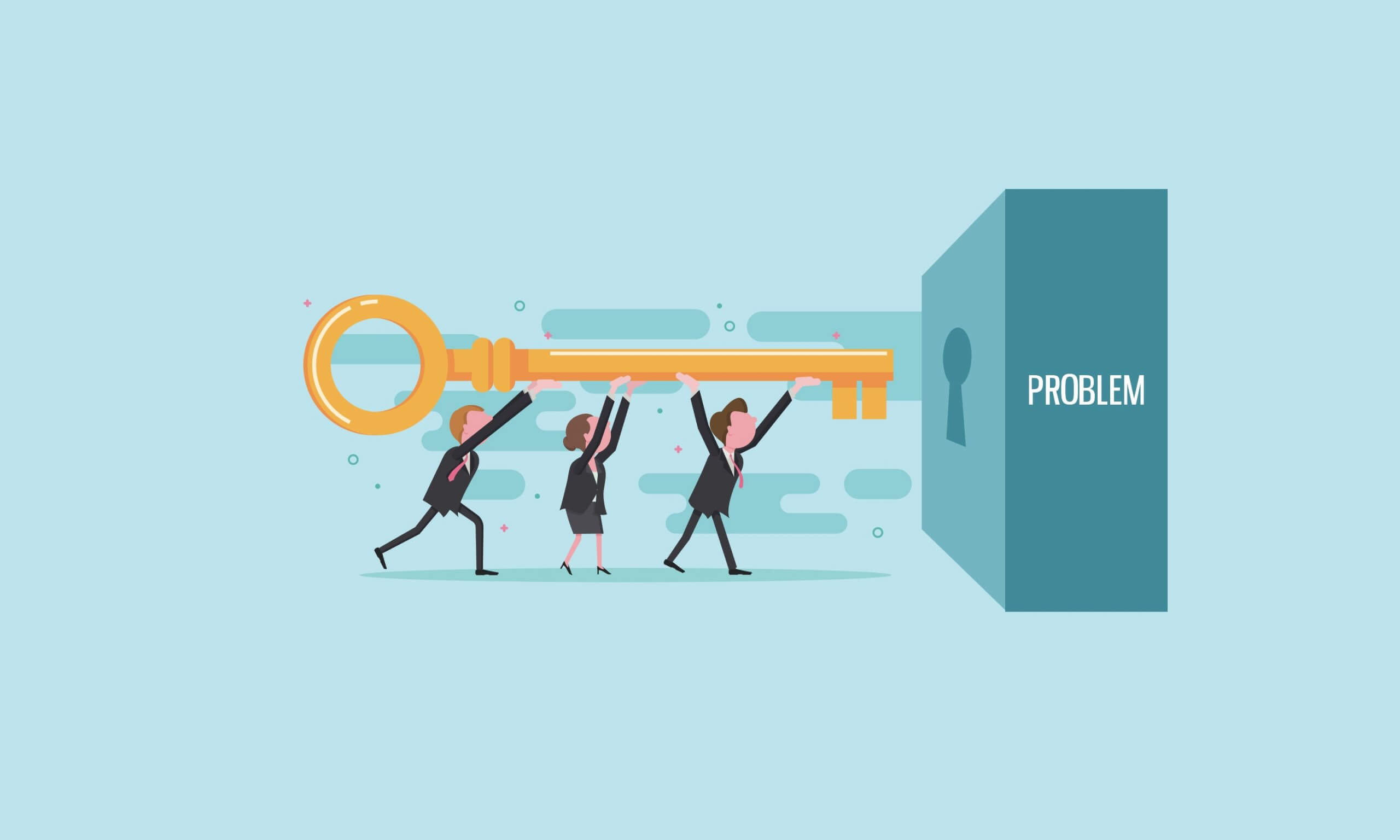 In every business decision it is advisable to have a method for planning, execution and problem solving: it means that you should spend some time in defining a problem, time to develop a solution plan, and time for execution.

This may look quite simple, but all businesses (very often) spend large resources following this method only to realize that, in reality, they should have solved a different problem. In order to lead a successful company, discovering the right problems is at least as important as solving them well.

1. Mistake of the Wrong Approach

The real problems are sometimes hidden by cleverly clear problem statements. E.g., in 2006, Netflix announced a $1 million challenge for a team which could find a way to improve their videos recommendations algorithm by 10%. In the challenge competing teams from top companies and universities took participation almost three years. The results of their work were quite impressive, but the challenge failed to solve the right problem and was never fully implemented.

A lot of companies have a goal to improve some aspect of the business by a certain percentage. If you analyze better, improving one aspect by a given percent sometimes is only a halfway solution to a bigger business problem. Improving one issue by a given percent may initially help your business, and with the principle of defining, planning and execution you will get the problem solved on a bunch of projects. However, if you don’t revisit and re-assess the problem, you may spend (unwillingly) precious time and resources.

The companies should also set up particular goals while defining unclear problems. Problem-solving methods for unclear problems try to completely re-assess the problem. They start with a big, unclear problem and take an iterative method to testing out solutions and changing the direction. At each step, it’s not necessary to figure out the details because the problem statement will change at the next iteration.

Experts from different areas use these methods, but call them by different names. Engineers and designers practice human-centered design to develop solutions (prototype first, then testing, then iterating). Businessmen practice the lean startup method which means to repeat the steps: build, measure, learn in their businesses. Software developers use agile development by: minimal planning, short meetings, and iterative testing and improvement, to produce software. Project managers apply the following schedule: planning, executing, checking.

Each area assumes slightly different rules, but all of them have a common pattern: planning (just a little), building, testing, and repeating it all over again better as quickly as possible. They all know that on the start, the problem to be solved is unknown and that in the process of solving it – the problem will change. Without a wish to periodically consider participants ignorant, they do not concentrate on the problem and adapt by building something new. They won’t spend much time with deciding what to solve, or worse, they may spend time and resources into things that aren’t important.

The more unclear the problem, the less important is the planning step. It’s not necessary to invest in a plan that will be changeable. This is the reason why the design experts do not make the cycle faster and less expensive by starting with quick, not detailed drawings and create just simple mockups knowing that the design goal is still unclear. They will create slower, more precise prototypes as the design goal become visible.

Data science problems and areas require large prior investments and they are areas where an iterative design process can be very important. Big Data has been popular for a few years, but it’s a classic “unclear” problem. Many companies are still confronting with if and how to use it. The reason for it is that Big Data projects can require large IT infrastructure costs, so the punishment is high for choosing the wrong problem to solve, or paying for tools that are not dynamic to adjust to other problems.

This is why the businesses should start with the largest problems and take the smallest portions of work they can do. They should work in iterations, using only small portions to understand the most frequent problems (to be solved). This technique has been used in many different types of work, with a great outcome. And it has proved itself as the only way to produce truly valuable questions and answers.