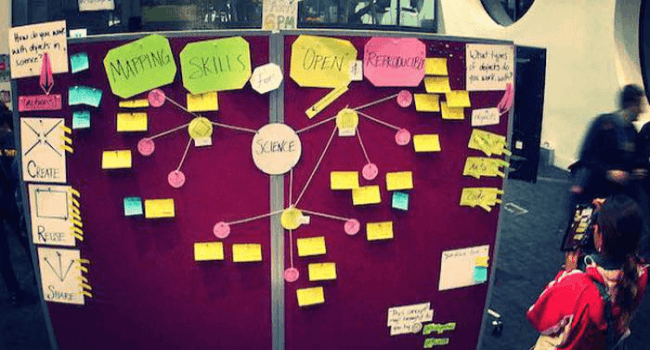 Today Kanban methodology is especially popular in software development. But few people know that it was invented for other industry. Kanban originated in Japan in 1940s. Of course there was no software industry at that time. The methodology was invented by the employees of Toyota Corporation as a project management tool. It was aimed at improving the quality of production and minimizing the terms of its delivery. In 1940s delivery of certain production to the customer just in time was a great problem. The companies that implemented Kanban project management system performed this task successfully regardless of the conditions.

The success of Kanban methodology can be explained by the fact that it is based on three main principles.

The first principle says that a Kanban team must consider the customer’s demands. This is the simplest way to meet the client’s needs and make him buy your production. The entire manufacturing process of companies that have implemented Kanban is defined by the user demands. That allows them to release competitive production in the market.

Visualization of workflow is the second principle of Kanban. It is necessary to make it possible to forecast the results of the company’s work. Usually the visualization is conducted by using a Kanban task board. This simple device can be either physical or digital. It is actually a table that contains several columns. Each column reflects a certain stage of manufacturing process. The tasks are placed in columns in accordance with the stage of their performance.

All abovementioned principles of Kanban methodology can be applied to any industry including software development.

Kanban development methodology is defined as one of the Agile methods. It has been extremely popular among software developers in recent years. Partially that is because of its unique ability to manage any projects. If you use Kanban for software development, you are able to create the product of supreme quality within the shortest amount of time. In most cases that is just what any customer and user needs.

Like any other Agile software development methodology, Kanban is based on strong customer and user involvement into the workflow. As we have already mentioned, consideration of the customer demands was the main principle of Kanban methodology even before it applied to software development. In this industry it was improved even more. Kanban is a software development methodology with the greatest range of customer involvement into its projects. In Kanban the customer participates at the process of work constantly. Usually he is represented by a man named the Product Owner. He is responsible for gathering user stories and prioritizing them in the product backlog.

In Kanban software development methodology user stories are tasks that should be performed by the team. One more interesting feature of Kanban method is that the Product Owner is able to reprioritize the tasks even when the project is at the stage of performance. That is possible because Kanban method of software development is focused on performing certain tasks, and not strict planed stages of work. It means that Kanban is extremely flexible even compared to other Agile methodologies.

Kanban software development process is usually visualized by the Kanban task board. Of course, most modern companies use digital task boards, but that does not change the principles of their work. A typical Kanban task board for a software development project usually has four columns. The first of them is called “to do”, and the last is called “done”. Initially, all tasks are placed in the column “to do”. It is actually the product backlog. As we have already mentioned, the tasks can be reprioritized while they are in this column. After the task enters the next column of the Kanban board, its processing begins. It usually includes the stages of code creation and its testing. As the task is placed into the “done” column, it means that a certain part of the product is ready to be delivered to the customer.

Like other industries where Kanban methodology is used, in software development it is extremely important to limit the WIP to make the project successful. A typical Kanban task board of a software development project usually contains two or three tasks that are in the process of performance. That is because of the fact that Kanban teams are usually quite small and it is hard for them to perform more tasks at the same time.