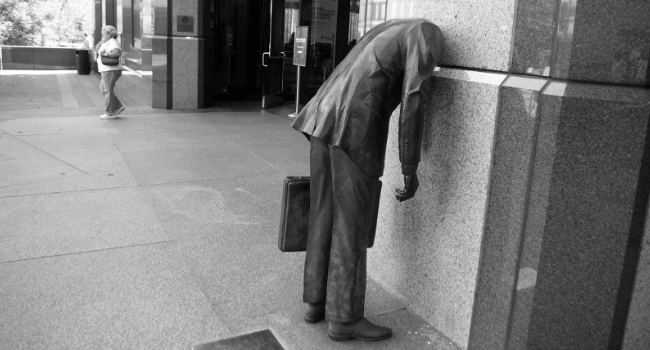 Imagine working on a product that should be released in 2 months. You are one month into the project when you discover a mistake made two days ago. And it can destroy your entire project. You think about the nightmare you will be going through when the boss finds out and start to panic.

At many traditional companies, failure is often viewed as something unacceptable and punishable. Don’t get me wrong: failure is not a good thing and it’s not okay to screw up. But if your company doesn’t have a tolerance for failure, you throw aside the fastest and most efficient way to experiment.

The concept of embracing failure is difficult to accept. From the early childhood, we are taught that “hard work = success” and “failure is bad”. But let’s have a look at failing from a different angle.

Saying that failure is a great way to succeed may sound foolish. But some tremendous success stories resulted from multiple failures. It took Thomas Edison thousands of failed attempts until he found the correct filament for the light bulb. WD40 got its name from the number of attempts to get the water displacement formula correct. These are good examples that when you feel free to try and possibly to fail, you are more likely to innovate.

The chief mantra of Silicon Valley is “Fail fast, fail often.” Some also add “Fail cheap.” But does this mantra set the right tone?

The overall concept seems clear: ‘good’ failure is the one that allows to learn, happens quickly and does not cost too much. But the phrase “Fail often, fail fast, fail cheap” is not that correct because the key to success is not in failing – it’s in learning.

You learn why it succeeded or why it failed and apply those learnings to move forward. In this case, Silicon Valley’s mantra sets a new tone “Learn often, learn fast, learn cheap.”

Even when nothing good comes of your idea testing, maintain a positive attitude. The most successful entrepreneurs in history did not earn their place overnight. You may not get the result you’ve expected but the wisdom you gain allows you to analyze strengths and drawbacks. If something doesn’t work out, it’s not the end of innovation – it’s just the beginning.

Push your team to experiment

The “learn fast, learn often” approach requires a culture that encourages experimentation and continuous improvement; a culture that facilitates learnings across all departments and all teams.

It may take several unsuccessful attempts before a truly groundbreaking idea will be born. Build an environment where people are not afraid to try radical and innovative ideas. Encourage open discussions – it helps to detect problems early on and learn from one another’s mistakes.

When introducing a new idea, innovators often feel vulnerable because their ideas are publicly displayed and evaluated by team members, the top management, etc. That’s the reason why many innovators frequently isolate themselves from others.

Create a constructive working environment where everyone can present an idea without the fear of being mocked. Collaborating, sharing knowledge and ideas are what helps save time, money and develop a successful product.

We can fall many times and make many mistakes, but the important thing is to always learn from them. Learn and improve each time you don’t get the positive result. Be quick to recognize how to modify your idea and stay flexible to make the necessary corrections.

Scale if it works – kills if it doesn’t

Feedback from even one experiment can bring dramatic improvements. With each new test, you’re getting closer to perfecting the product and creating the best customer experience. Be prepared to commit and scale the idea if it works, or kill it if it doesn’t.

Keep in mind that the market never sleeps. Don’t reject any opportunity to alter the original idea. If customers like it, develop that. If they don’t like it, try something new until you succeed.

The earlier you embrace “learn often, learn fast, learn cheap” technique, the easier it is to discover bugs and introduce improvements that will help you stay ahead of competition.